Andy Iles went 1-1 to help the USA to a 3-1 record at the Under-17 Five Nations Tournament in Prievidza, Slovakia, which was held from August 17-23.

Kevin Cole helped Team Orange to a second place finish in Pool B at this summer's Select 17 Festival in St. Cloud, Minnesota. Kevin finished the tournament tied for 12th in scoring (second on his team) with 3 goals and 4 assists in 5 games.

Kevin will be attending the Northwood School in Lake Placid this year.
Posted by BRP at 10:28 PM No comments:

Jeffrey Skinner To The OHL

Kitchener signed Jeffrey Skinner, who was the Rangers' first round pick in this summer's OHL draft. Skinner (5' 8", 160) played last season for the Toronto Young Nationals in GTHL, where he scored 65 goals and added 42 assists in 55 games. Skinner is the brother of former Big Red women's captain, Andrea, and had another sister play for Harvard.
Posted by BRP at 5:35 PM No comments:

A Bit With Sean Collins

An MJHL board posted this interview with Sean Collins shortly after the NHL draft.

The same board also posted this interview with Sean's Waywayseecappo coach, Barry Butler.
Posted by BRP at 8:01 PM No comments: 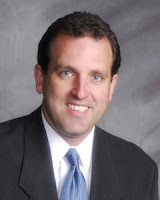 USHR has reported that Casey Jones will fill the open assistant coach's position at Cornell. Casey has most recently been the associate head coach at Ohio State and is known as an outstanding recruiter. The Buckeyes' roster has been largely comprised of players from Ontario, British Columbia, the USHL, and the USNTDP.

Casey and his wife, Kimberlee, are each Cornell grads. BRP would like to welcome the Jones family on its return to Ithaca.

Photo: Ohio State Athletics
Posted by BRP at 9:55 AM No comments: