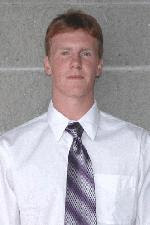 Chris Heisenberg is reporting that Riley Nash (6' 1", 175), a 1989-born center, has committed to Cornell for 2007. Riley has had an incredible year playing with the Salmon Arm Silverbacks in the BCHL. Riley finished 10th in the league in scoring, and was the only rookie to finish in the top-30 in the scoring race. In 66 games, Riley scored 42 goals and had 53 assists. Riley was named his team's MVP and Rookie of the Year, and was also named the BCHL's Interior Conference Rookie of the Year. Riley was a member of the Interior Conference All-Star team and was also a member of Team West in the CAJHL Prospects Game. Last fall, Riley was a member of the Canada West team which won gold at the 2006 World Junior A Challenge. Additionally, in 2006, Riley was a member of Team Pacific in the World U17 Championships, where he helped Team Pacific to a 4th-place finish. Heisenberg has Riley ranked as the 5th best prospect in the BCHL.

McKeen's has Riley ranked 49th on their 2007 draft list and raves about his talent. In December, McKeen's wrote that Riley "Possesses tremendous vision and reads the play at an elite level...[is] extremely mobile as he can turn on a dime... takes a hit to make a play and will finish his checks and is fairly effective at taking the body...displays good puck pursuit as well as terrific closing speed...doesn't hesitant to go into the dirty areas...boasts elite imagination in the offensive zone...likes to do a lot of timing plays with his linemates where he passes the puck even before the player has gotten open, but by the time the player does get open the puck has arrived...displays leadership and communicates well with teammates...delivers sharp, accurate passes and takes the pass smoothly...receives a ton of ice time including both special teams."

Another impressive report came from Hockey's Future, which wrote in a December review of top BCHL propects that "if a team is looking for the player most likely to play in the NHL at some point...Riley Nash is likely their man. He is the fastest rising player in the BCHL and an equally strong second half of the season could propel him into the upper reaches of the draft."

Welcome to the Big Red, Riley.