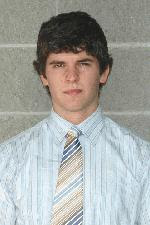 Jordan Berk (5' 11", 190), a 1988-born defenseman playing with Salmon Arm has committed to the Big Red for next fall. Jordan is ranked as the 12th-best defenseman on Chris Heisenberg's BCHL list. Jordan scored 8 goals and had 37 assists in 70 games for the Silverbacks this year, which was his first year in the BCHL. Jordan is from London, Ontario, and was a second-team All-Star in the WOHL last season, where he also led all defensemen in scoring.

It is believed that Jordan is the son of Doug Berk, who transferred to Cornell from Penn after the Quakers disbanded their hockey program in 1978.