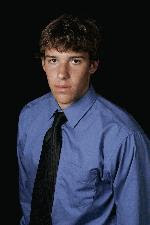 Michael Garman becomes the first recruit to commit to Cornell for 2008. Michael (6' 1", 190), is from Vail, Colorado and spent last year with Springfild in the NAHL, where he gave up 3.16 goals per game while earning 2 shutouts and stopping 91% of the shots he faced. Michael is currently 2nd among BCHL goalies with a 2.77 GAA and an 89.72 save percentage (t-8th). Chris Heisenberg has him ranked 7th among the 2007 BCHL goalie class, though Michael has generally out-performed the highly regarded Marc Cheverie (Denver), who is the league's top-ranked goalie (according to Heisenberg) and his Clipper mate.

Welcome to the Big Red, Michael.

Here's the news release from the Nanaimo Clippers